Meanwhile, the State Bank kept policy rates unchanged in the first quarter / 2015 shows that no pressure had to adjust the interest rate importance. Lending rates unlikely to fall because of bad debt and restructuring

The interest rate of 5-year bond at 5.3% / year; 10 year period is 6.4% / year and 15-year maturity by 7.2% / year, the downward trend is slowing. "Thus, long-term interest rates for private enterprises (higher risk) will have higher levels and interest rates remain a constraint to private sector as geographical balance further reduction of credit interest rates no much as the banking system is still self NPLs and restructured ", VEPR comment.

VEPR said lending rates to be bound by the recoverability and NPLs of each bank. NPLs have decreased but the share of NPLs in the system remains safe level.

VEPR said: "The process of bank restructuring and supervision strengthened relatively tight, but the second clause of restructuring now no breakthrough in the governance and coordination between banks, debtors and VAMC. NPLs have many problems in determining the property rights associated with the land retards ".

Credit demand positive growth early in the year. Credit growth to be around 1.25% 20/3 compared to last year, while this figure in the first quarter of 2014 was only 0.52%, showed initial improvements in conductivity indicator This brought about economic growth. "The economic outlook has brightened could encourage banks to accept higher risk and inject capital into the private sector," said VEPR.

VEPR forecast later this year, the credit could grow by 15%. Credit growth pace of demand recovery of corporate credit and efficient processing of loans.

According VEPR, the banking system will witness many changes after the merger of smaller banks financial insecurity in the state banks.

VEPR commented: "Whether the ability to handle bad debt and restore financial security may progress thanks to the potential of state sector, mergers often accumulate risks and requires strengthening surveillance as well as bad debt resolution mechanism compatible ". 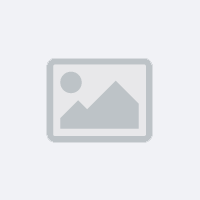